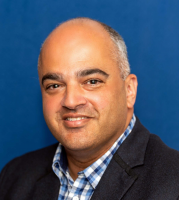 I graduated from the University of Birmingham in 1996, having been a winner of the Aesculapius Prize for services to medicine, and trained in Cardiology at Papworth Hospital, Cambridge before pursuing a fellowship in Electrophysiology under Professor Jonathan Kalman at the Royal Melbourne Hospital in Melbourne, Australia, one of the world’s leading centres in cardiac electrophysiology. During the course of my training, I completed a PhD at Cambridge University in ventricular arrhythmias in genetically modified murine models of arrhythmogenesis and maintain an interest in the management of patients with channelopathies and aborted sudden cardiac death. I was appointed as a Consultant Cardiologist and Electrophysiologist at the Royal Bournemouth Hospital in December 2008. I specialise in the investigation and treatment of cardiac arrhythmias and perform catheter ablation of all forms of cardiac arrhythmias using radiofrequency and cryoablation (freezing balloon) technologies. My areas of particular expertise lie in the ablation of atrial fibrillation, complex atrial arrhythmias and atrial tachycardia using 3D mapping techniques, about which I have published a number of articles. I also specialise in the implantation of simple and complex cardiac devices such as pacemakers, defibrillators and biventricular devices. I oversee the AF clinic at Royal Bournemouth Hospital.

Research
I am the National Institute of Health Research cardiovascular specialty lead for the Wessex Cardiovascular Local Research Network and the principal investigator for several clinical trials including the ELIMINATE-AF, VENTURE-AF, GLORIA-AF, ENSURE-AF, RIPPLE-AT and AVATAR-AF trials. I have published a number of papers in peer-reviewed journals over the last 15 years and have been invited to present on a regular basis at national and international conferences. I was one of the first implanters of MRI-safe pacemakers in the UK and the first in the south of England. I am the arrhythmia lead for the Dorset-wide improvement programme for Cardiology services and have recently drafted the Dorset-wide AF management and palpitations pathways.