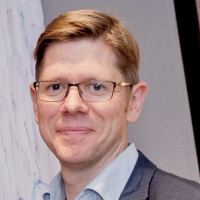 I perform the largest number of urethroplasties per year in the UK and have done for the past fourteen years. I run a nationally recognised Genito-Urethral Reconstructive Surgery (GURS) service from Russells Hall Hospital, Dudley. I am also the Honorary Consultant Urologist to the Royal Centre for Defence Medicine, University Hospital Birmingham, dealing with genital injuries from improvised explosive devices (IEDs).

I trained in general urology in the West Midlands and undertook fellowships in Italy with Professor Guido Barbagli, in London at the Institute of Urology with Mr David Ralph, and in Leicester to become fully trained in GURS. I achieved the gold medal in the specialist urology exit exams and was appointed consultant in Dudley in 2007.

I specialise in surgery to the male genitalia and receive referrals from all over central England, Wales and Ireland, particularly for complex urethral reconstruction and hypospadias problems. Increasingly I find myself revising poorly performed circumcisions and carrying out surgery to deal with 'buried' penises. Peyronie's surgery remains a large part of what I do and I also carry out surgery for unusual conditions such as lymphoedema or hydradenitis and I correct the damage from genital piercings and remove silicone that has been injected into genitalia. Simple operations such as hydrocoele or vasectomy may take less than 30 minutes but a complex redo urethral operation can take four hours or so.

To date I have carried out approaching 2,000 urethroplasties, usually around 140 a year and have also carried out over 700 circumcisions, the majority of which were to revise badly or incompletely performed circumcisions elsewhere.

I am involved with Urolink, a charity linked to the British Association of Urological Surgeons (BAUS) that seeks to improve urology in the developing world. To this end I have been travelling out to Zambia and Ethiopia to train local surgeons in urethroplasty, as there is an immense unmet need out there. Men who cannot work in these countries, due to their urethral strictures and the problems they cause, face financial catastrophe with their whole (extended) family suffering badly.

I greatly enjoy lecturing and am lucky to be regularly asked to speak in the UK and abroad on my special interest of GURS eg American Urological Association, New Orleans 2015. San Antonio, Texas 2016. European Association of Urology, Vienna 2011, Madrid 2015, London 2017, Copenhagen 2018, Barcelona 2019 and the forthcoming conference in Milan 2021. Appearing as a regular on Channel 4's Embarrassing Bodies and Live From The Clinic enabled me to educate men and empower them to go and seek help for conditions that they just put up with because they were embarrassed and had no idea that effective treatments existed. Every week I see patients that tell me they gained the confidence to seek help after watching me on television.