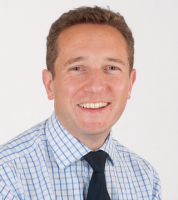 Professor Lloyd is a consultant Ear Nose and Throat (ENT) surgeon based in Manchester. He works privately at the Alexandra Hospital, Cheadle and at Wilmslow Hospital, Wilmslow. His NHS work is undertaken at the Manchester Royal Infirmary, Royal Manchester Children's Hospital and at Salford Royal Hospital. He is also Professor of ENT Surgery at the University of Manchester.

He studied Medicine at the Royal Free Hospital in London qualifying in 1996. During his training he obtained a first class honours degree in Biochemistry from the University of London and a MPhil in Neurosciences from Cambridge University. He trained in ENT surgery in London working at some of the leading hospitals in the country including the Royal National Throat Nose and Ear Hospital and Great Ormond Street Hospital. He became a fully accredited Ear Nose and Throat Surgeon in 2006 and then undertook sub specialist training in skull base surgery at Addenbrookes Hospital in Cambridge as well as undertaking a number of international fellowships in the United States and Denmark. He was appointed to his current position in 2009.

He looks after adults and children with all types of ear, nose and throat condition including recurrent tonsillitis, nasal blockage, sinusitis, hay fever, snoring and hoarse voice. He is also one of the most experienced ear surgeons in the UK. Ear conditions that he treats include adult and children's hearing loss, glue ear, ear drum repair, otosclerosis, balance disturbance including labyrinthitis, Meniere's disease and positional vertigo, tinnitus, acute and chronic ear infections including cholesteatoma, acoustic neuromas (vestibular schwannomas) and other forms of skull base disease. He uses the latest medical and surgical techniques to achieve first class results. This includes innovative middle ear injection therapy for treatment of sudden hearing loss and dizziness as well as the use of state of the art surgical techniques assisted by telescopes and lasers when required. He also offers the full range of hearing reconstructive surgery including the use of artificial hearing bones, implantable hearing aids and cochlear implants.

He works as part of the Manchester Skull Base Unit, the Manchester Auditory Implant team and the Manchester Neurofibromatosis type 2 and Paraganglioma (glomus) teams. These teams are each the largest of their kind in the UK.

Professor Lloyd regularly teaches at both undergraduate and postgraduate level. He is the lead for ENT teaching at the University of Manchester. He is frequently invited to speak internationally and has an active research programme focused on skull base disease and auditory implantation. He has published over 60 peer reviewed papers and 12 book chapters. He has also edited 2 books. He has recently been awarded a prize from the Royal Society of Medicine for the best researcher in ear surgery over the past 5 years. He runs an advanced ear surgery course and a skull base surgery course both of which attract delegates from around the world.

Regularly lectures in the North West region to local GPs