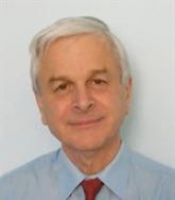 My aim is to deliver a clinically first rate service, sympathetically, and efficiently, respecting the sensitivities of every patient. I look forward to incorporating any comments patients have within my working practices.

Dr Michael Sherratt was educated at King’s School Macclesfield, and St Edmund Hall, Oxford, where he gained an Open Scholarship at the end of year two.
He was awarded an Oxford University Theodore Williams Scholarship and became a student of Prof. GW Harris in the MRC Neuroendocrinology Unit. He completed his training at Westminster Hospital and subsequently at the National Hospital for Neurology and Neurosurgery under WA Cobb and RG Willison, before joining the Consultant Staff of Westminster Hospital in April 1978 and receiving a Research Fellowship to work under Prof. TA Sears in the Sobell Department of Neurophysiology at the Institute of Neurology - in Prof. Hugh Bostock’s lab.

Prior to joining the staff of Luton & Dunstable Hospital to open a new Neurophysiology service, he was working simultaneously at Chelsea & Westminster Hospital and the Royal Free Hospital (1982) and Luton. In 1998 he concentrated on running the service at Luton.

Dr Sherratt retired from full-time NHS service at Luton in 2016, but still contributes to the department on a locum and ad hoc basis.