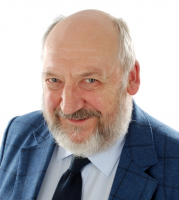 I have 30 years of experience as a Consultant Psychiatrist within the NHS and private sectors. I became a consultant in 1978 and worked in the NHS in Essex until 1986 when I made the move to full-time private practice. I held positions as medical director within several private hospital groups before my current position as Director and Consultant at Private Psychiatry.

Private Psychiatry offers psychiatric care for adults with a wide range of mental health and emotional problems throughout the southeast of England.

I am a former member of the GMC’s panel of Psychiatric Examiners and Assessors and sat on Fitness to Practice Panels as a Specialist Advisor. I have held seminars for doctors, the clergy, voluntary organisations, social services, primary health care teams and local councils and have appeared on television and radio as an advisor and in an educational capacity.

I hold clinics at private hospitals located in London, Kent and Surrey.

Articles on psychiatry in the press and TV and radio presentations

Any psychiatric subject of your choosing. My most recent seminar was on "The Use of Psychotropic Medication in Depressive Illness in General Practice".