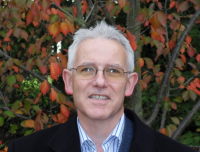 I was born in Ireland, the second of six sons. Both my parentswere doctors - my father having served in the RAMC during World War II, was for a time Anaesthetist to Sir John Charnley. My mother was a family doctor.

I went to medical school in Dublin and qualified with the Royal College of Surgeons in 1976 and, like many before and after me, worked in various fields of orthopaedics before specialising in hip problems of children and adults.

In the 1980s, while trainees, I worked with Derek McMinn developing the idea of metal-on-metal hip resurfacing and made the first wooden prototype. I then went to The Hospital for Sick Children in Toronto, Canada to work with Bob Salter, where I developed and perfected my skills in pelvic osteotomy surgery - or in simpler terms, surgical correction of the hip and femur for people who were born with dislocated or shallow hips.

I am currently chief of the young adult hip service at the Royal Orthopaedic Hospital, Birmingham. I work one day per week at the Birmingham Childrens' Hospital, where I still do Paediatric Trauma. The remainder is, generally speaking, surgery on the consequences of childhood disease of the hip in young adults.

My practice embraces conditions of the hip such as dislocation and dysplasia (DDH), Perthes' Disease and Slipped Upper Femoral Epiphysis (SUFE), conditions which in adult life, even in their subtler forms are principally responsible for a large number of arthritic hips in those of retirement age.

I have a small (18) series of youngsters who presented at more than five years of age with congenitally dislocated hips. These were treated by open reduction, femoral shortening and acetabuloplasty (as a single operation) and all are now 20-25 years of age. None have been converted to hip replacements; only two have needed further surgery for residual bony misalignment when fully grown. Earlier generations of children's hip surgeons would have stated that these hips were untreatable.

Since 1992, I have carried out over 1300 Birmingham Interlocking Pelvic Osteotomies (BIPO). We have reviewed our first 100 Patients, now 17-22 years after their operations. Only one patient had a badly positioned socket at the end of the operation, compared with 14% of those treated by the (more popular) Ganz's own series of PAOs \our survival is about 40% better than Ganz's own series.

I also have extensive experience of the various acetabuloplasties and am familiar with the use of allografts in the correction of acetabular deformity in the skeletally immature.

In my adult practice, I mainly treat the sequelae (pathological consequences) of hip dislocation and dysplasia, principally by the (combined) use of pelvic and femoral osteotomies.

We have a unique series of 82 patients following combined BIPO and femoral osteotomies for Perthes' Disease, where 82% are still functioning well a minimum of 10 years later.

I also carry out hip resurfacings and the latest type of ceramic on ceramic Delta-Motion total hip replacements, whichever procedure is best suited to my patient.

I see my private patients in my consulting rooms and perform their surgery at The Priory Hospital, Birmingham. I have published a number of medical papers and lectured extensively around the world. I believe I am the first non-American to be invited to be a guest lecturer to the American Academy of Orthopaedic Surgeons.

I am happily married to a Consultant Clinical Psychologist. Apart from spending time with my family, one of my greatest pleasures is seeing my patients fit, active and able to lead full and useful lives, which had previously been denied them.